For the fourth time, the National Reformed Roma Ministry organised a seminar on Reconciliation among the Nations in Kecskemét, Hungary, from 6 to 8 August 2021. During the three-day event, which focused on the mutual reconciliation of Roma and non-Roma, lectures, dramas and small group discussions paved to way for participants to journey together from recognition of pain to mutual forgiveness. 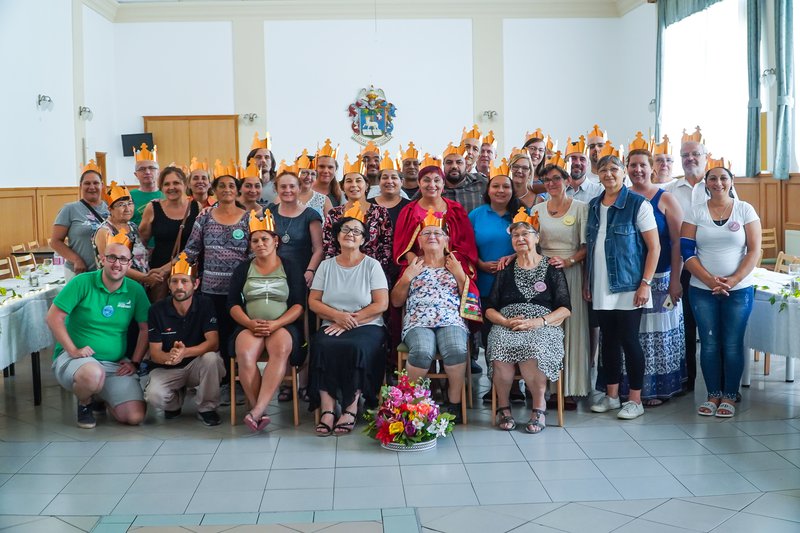 The Reconciliation among Nations seminar has a long international history: after the Rwandan genocide in 1994, which claimed a million victims, a Christian psychiatrist from Wales, Rhiannon Lloyd, developed elements of the programme to reconcile the Hutu and Tutsis opposing each other in the country. Since then, seminars and training sessions have been held in several other African countries, in Asia and in Europe, including Hungary. The team of the Roma Ministry organized the first seminar in Balatonszárszo as early as 2015.

In September 1994, just 12 weeks after a horrific genocide in Rwanda had been brought to an end, Dr Rhiannon Lloyd was invited by the relief organisation Medair to join them in Rwanda. Her brief was to seek to help church leaders who were asking the question: “Is forgiveness and reconciliation ever going to be possible in a situation like this?” 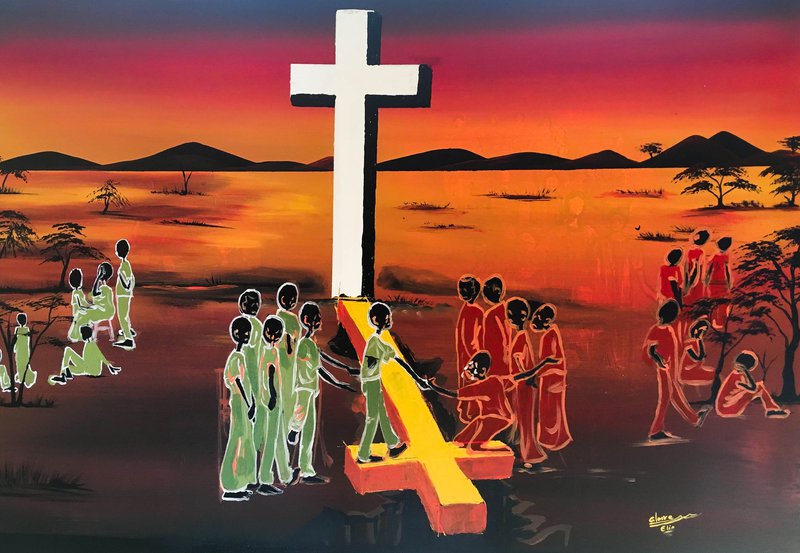 Rhiannon had previously worked with Medair in Liberia seeking to help war orphans, child soldiers and church leaders caught up in the civil war. But nothing could have prepared her for what she encountered in post-genocide Rwanda. As she listened to heart-wrenching stories, her desire was to help restore the church to its calling to be a peace-maker in the nation.

What started as the smallest of seeds has now grown into a tree with national teams of peace-makers working in many nations. The primary tool that has been used is a 3-day workshop called Healing the Wounds of Ethnic Conflict (HWEC). This is now called Healing Hearts, Transforming Nations. (HHTN). This has produced fruit beyond her wildest dreams.

In 2018, Roma and non-Roma gathered in Debrecen and in 2019 in Mátraháza for the seminars - the latter followed for the first time by a training session led by the international team of trainers leading the reconciliation process. Due to Covid-19 the sessions planned for the past year had to be cancelled, but the reconciliation seminar was held again in Kecskemét in early August.

Building a House of Reconciliation

From February 20-23, a seminar on reconciliation took place in the beautiful mountains of Mátraháza, Hungary. The aim of the workshop was to facilitate reconciliation within the Hungarian context. Personal reflection from Stephanie Chunoo.

During the weekend, a staff trained previously at the seminar in Mátraháza in 2019 guided the participants through an often painful journey full of tears and emotional rollercoasters. But just as Christ had to descend into hell to bring salvation to mankind, we too must dive into the depths of our souls so that we are able to forgive and be forgiven ourselves.

Participants came to Kecskemét not only from Hungary, but also from Transylvania (Romania) and Transcarpathia (Ukraine) to ask forgiveness for the sins committed against each other on behalf of their ethnic groups.

"But you are a chosen people, a royal priesthood, a holy nation, God’s special possession, that you may declare the praises of him who called you out of darkness into his wonderful light,”

reminds us apostle Peter (1 Peter 2:9). The passage carries a central message of the Reconciliation Seminar: for those who are in Christ, their primary "guiding principle" is not colour or origin, but belonging to a holy nation and chosen people.

Throughout the weekend in Kecskemét, the trainers and participants worked along together to make this a reality, both indirectly in the world and after all in our church. In Rwanda, continued exclusion, discrimination and hate-mongering have resulted in genocide, and the church has forgotten its Christian identity.

Although in Hungary we are not yet threatened by similar horrors, we can see how some of our congregations are exclusionary, discriminatory, prejudiced and do not reflect the love of Jesus. We have communities where the pastor him- or herself promotes racist hate speech or at least doesn’t challenge loud-mouthed elders claiming that no gypsies should be allowed to enter the church. In our communities, both Hungarians and Hungarian Gypsies should be present at the same time. We are called to be church together. The fact that we need to address Roma Ministry explicitely is already a symptom of our alienation and distance from Christ.

“Blessed are the peacemakers, for they will be called children of God,” said Jesus in the Sermon on the Mount (Mt 5,9). “Let us be brave and fill the gap, let us become ambassadors of reconciliation and strive for Christ-shaped Church and liveable society,” encourage organizers of the seminar.

Photo gallery of the seminar:

Mission of Reconciliation in Hungary

In Rwanda, reconciliation work has helped to heal the wounds of those who had been affected during the Genocide in 1994. After participating in various reconciliation workshops, the RCH Roma Mission has adopted the work of Dr. Rhiannon Lloyd to help reconciliation between Roma and non-Roma people in Hungary.