On the occasion of the 10th anniversary of the foundation of the Roma Christian Special Colleges Network, a large delegation travelled to Rome to represent the organisation, where Pope Francis received the Hungarian Church leaders and the Roma Students. 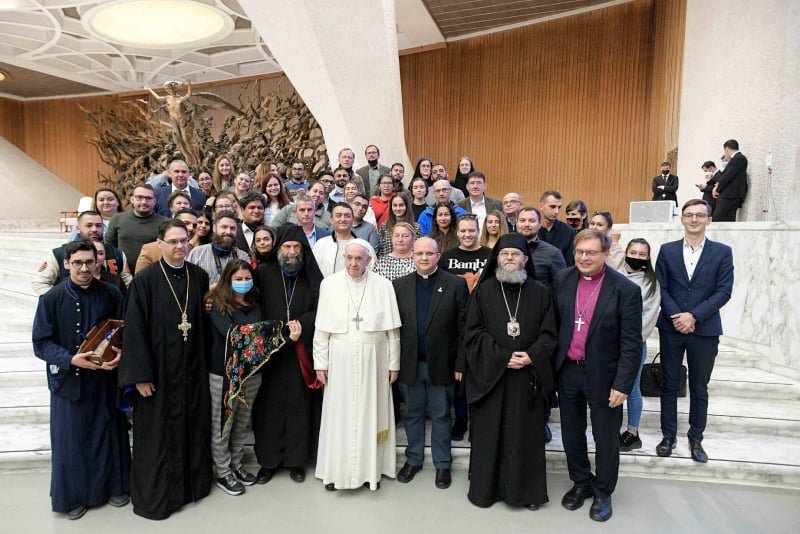 The origins of the Academy of Hungary in Rome trace back to the opening of the papal archives in the late 1800s, when Hungarians were among the first to investigate these documents. In 1928, the grand Palazzo Falconieri was bought by Hungary, and he began the expansion of the Hungarian culture into Europe.

On Wednesday 13 October, the delegation was received by Pope Francis in audience. The Head of the Catholic Church welcomed the delegation and spoke at length with the Metropolitan of Hajdúdorog, who is currently also President of the Christian Roma Special Colleges Network in Hungary. A photo was taken together, the visitors sang the Roma anthem to the Holy Father and presented the Pope with a traditional Gypsy shawl. 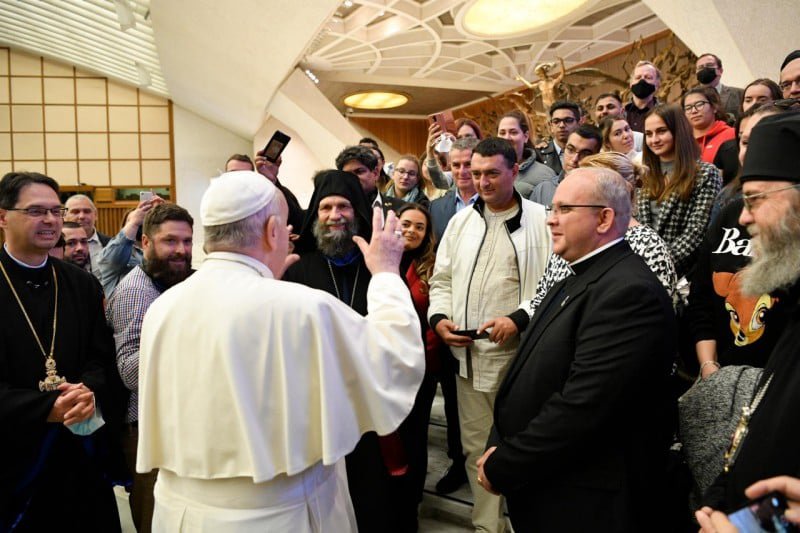 The Christian Roma Collegium/Special College Network is a program that the Hungarian Government launched in 2011 in strategic cooperation with the Churches. RCH has two Reformed Colleges respectively in Debrecen and Budapest. Colleges provide support to Roma students in the form of financial aid, housing assistance, additional coursework and mentoring. Aside from academic opportunities, the students are encouraged to explore Roma spirituality and culture as well. Scholarships, social activities, as well as volunteering opportunities and community service are provided by the program. The special colleges aim to explore values of the Christian life as well as Roma culture and identity and encourages the Roma students to find their value and place in the world. Mentors monitor both academic and spiritual development. Ultimately, the Collegium hopes to send out well and holistically educated individuals into Hungarian society. The Collegium's programs are open for non-Roma students, but the institution offers accommodation and financial support to Roma candidates exclusively, as a very low percentage of Romas have the opportunity to study at universities or colleges.