"In the current situation it is our common responsibility to alleviate people’s neediness regardless of gender, religion or nationality," Follow the activity of Hungarian Reformed Church Aid (HRCA) among refugees and read the regular updates, published by HRCA's Communication Service.

Would you need more information on HRCA's activity and its general needs, feel free to contact directly Dániel Osgyán, CEO of HRCA at osgyan.daniel@jobbadni.hu or read the project proposal of our Church Aid.

From 18th of September the new route of the refugges went through Serbia-Croatia-Slovenia (and Hungary). Our country has received again daily 7-8000 persons / day since that time. From this reason in these days we are working in Zakany village (Croatian borderzone). We are distributing food, water, hygienic tools, and baby accessories (diapers, clothing, baby food, milk powder, etc) and blankets, matrasses, polifoams and warm clothing (jackets and coats) for adults.

HRCA continues monitoring the situation of the refugees. We have prepared more aid and staff to interact if necessary to help. 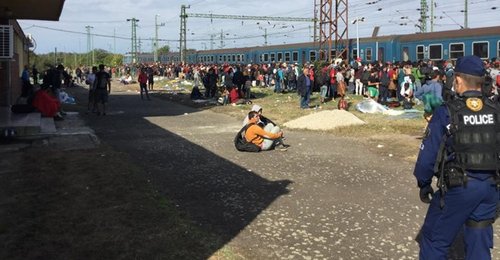 Thousands of refugees have arrived to Hungary on Friday

Exhausted and cold asylum seekrs are arriving to Röszke, in smaller or larger groups. The Hungarian Reformed Church Aid in coordination with the charity organizations working on the ground, is helping people residing in temporary collection point for care. The Hungarian Reformed Church Aid has given food, drinking water, high-calorie biscuits, mueslis for around 1,500 people. Transitional resting point were put up, used by exhausted old people arriving. On Friday afternoon a large crowd came in a relatively short period of time. Then, the organization had to serve the refugees in a hurry. We have been getting help from Arabic and Pastho-speaking interpreters. 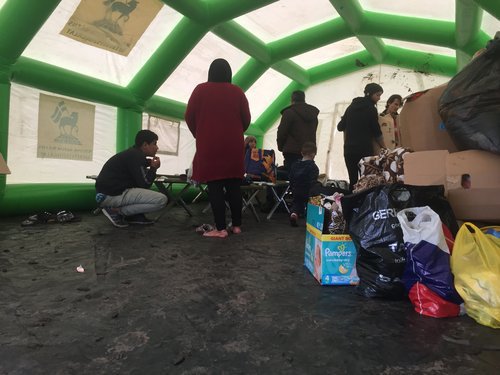 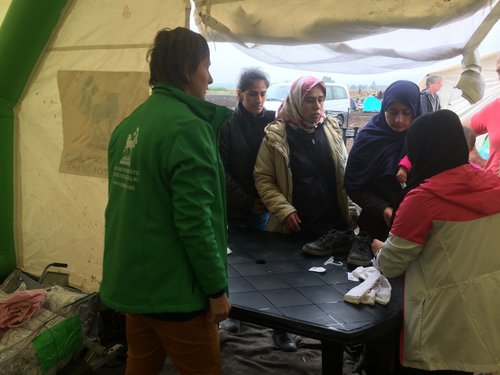 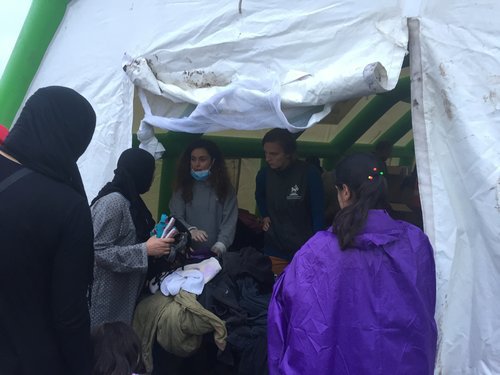 As night fell, since the police - because of capacity problems - was unable to take refugees away from the venue, a group of refugees blocked the road in protest - around a 1000 people stuck at the area for the night. For them, blankets, mattresses, warm clothes were provided. Throughout the day however for the children clothes, sleeping bags, baby supplies (baby bottles, formula, diapers, vitamins) were provided. In the evening hours the donation of the Austrian Catholic Caritas arrived: a truck of blankets and cushions. There are 14 degrees now, and no rain, but because of heavy rains in the earlier days the entire area is covered with mud and garbage, so the hygienic conditions are poor. Most of the children arrive with respiratory complaints, but the adults were exhausted and old people are fighting colds as well. 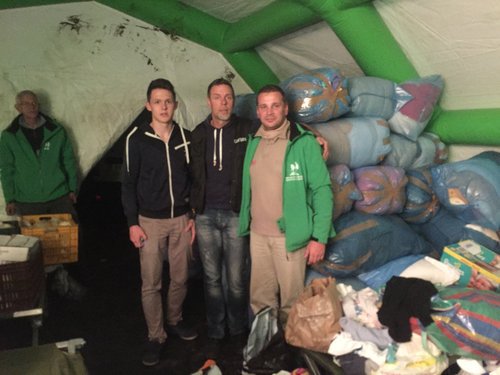 Refugees suffering from hypothermia arrive in increasing numbers to the Röszke camp medical staff uses more and more antifebriles and antibiotics - said Dániel Osgyán thursday evening. The executive director of the Hungarian Reformed Church Aid says the refugees usually arrive in groups of ten, fifty or even a hundred. They are cold and hungry. Currently the temperature is 12 degrees Celsius and everything is covered in mud due to the heavy rainfall at the Röszke camp. Refugees find shelter in tents suitable for 2-3 persons. The Reformed Church Aid has set up a supplier point with tents, generators and camp beds where medical aid will also be provided. 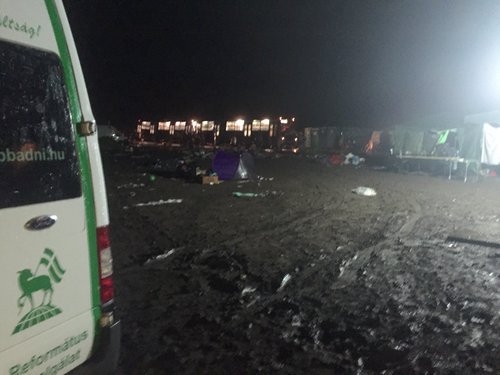 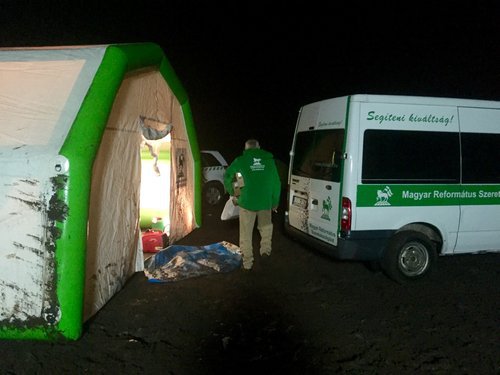 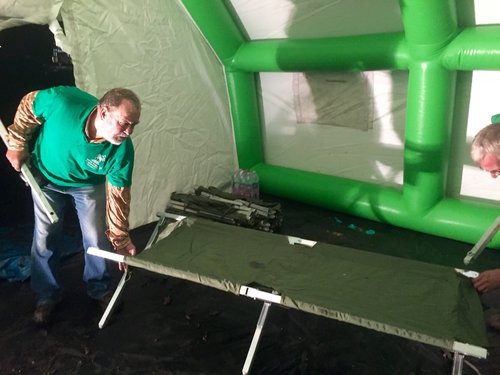 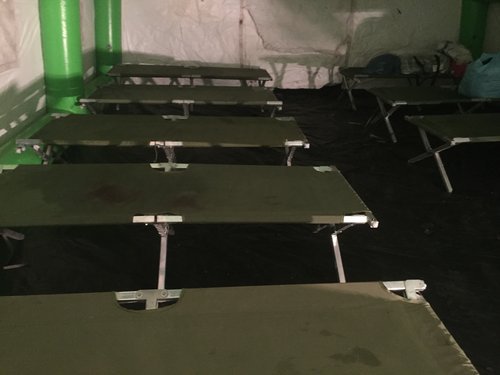 The Hungarian Reformed Church Aid will continue to assist the refugees temporarily being in Hungary. In addition to the ongoing programs in the Refugee Camp in Debrecen (providing gynecological care and children's activity in the afternoon), the organization is now donating refugees in Budapest and on the roads of Hungary.  One thousand sandwiches, hundreds of snacks (chocolate, muesli slices, biscuits), drinking water, hygiene agents, and diapers were distributed by the charity at Keleti Railway Station in Budapest on Friday. 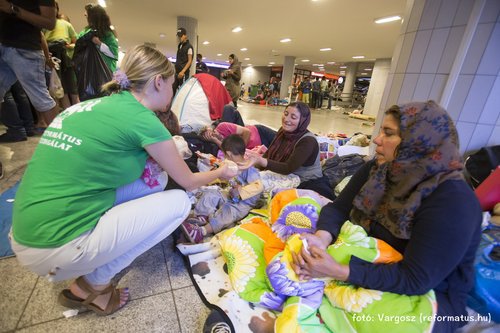 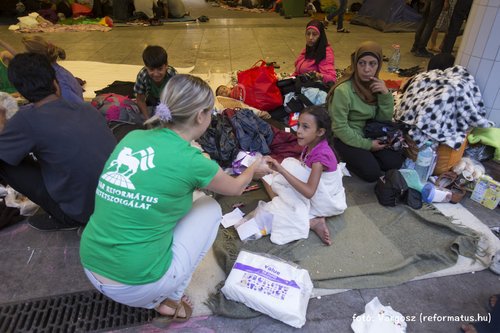 The same type and amount of donation was distributed along the M1 motorway in Hungary, where an approximatly 1000 refugees were walking towards the Austrian border. In the humanitarian emergency, Hungarian Reformed Church Aid is continuously monitoring the events, and provide adapted help to the needs actually arise. 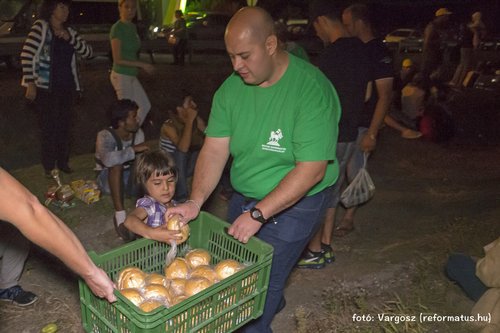 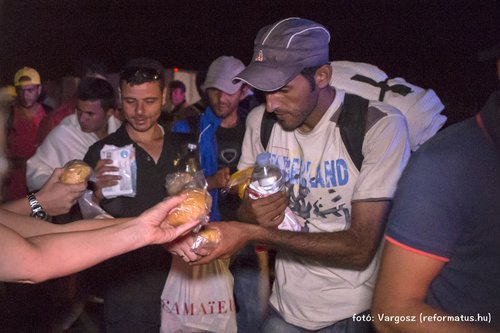 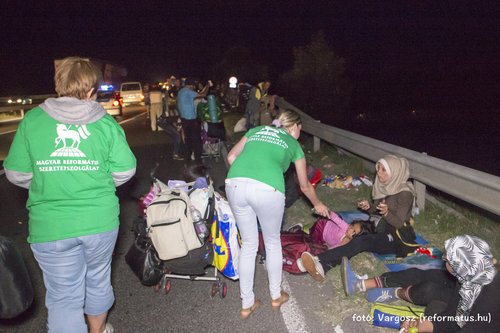 In the late night hours of Saturday, long lines of buses left Budapest packed with migrants bound for Austria, which said it had agreed with Germany to let them in as Hungary gave in to crowds, including Syrian refugees, that had set out on foot for Western Europe. Hungary's government said around 100 buses would pick up thousands of migrants camped in front of Budapest’s main railway terminus and another 1,200 striding down the main highway to Vienna led by a one-legged Syrian refugee and chanting “Germany, Germany!”