This year is marked by the election of new officials in our church, due to the fact that on 31st December 2014 the six-year mandates of all elected presbytery, church district and Synod officers will expire. We have collected the deadlines, set by the election law, and summed up the agenda in connection to the elections.

The local congregations participating in the election – which exercise the right to vote through their local church councils – are given different voting power based on membership. To this, it is necessary to have a register – the exact number of eligible congregation members who have the right to vote, which has to be drawn up until 31st January 2014 and sent to the responsible presbytery dean’s office until 15th February.

The assemblies of the presbyteries and church districts have until 31st July to decide on the new elections, and they have until 30th September to set up the electoral commissions.

The candidates have until 8th October to be announced to the electoral commissions. 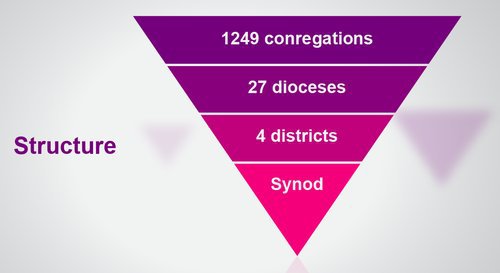 From elections to installation

The electoral commissions will send out voting ballots until 30th October. The presbyteries have to hold elections within four weeks, until 28th November, and must send in the results in sealed envelopes.

The presbytery assemblies have until 31st December to be summoned, officers have to be installed and additional officers must be chosen. The same procedure has to be done on the church district level until 31st January 2015; the constituting meeting of the new Synod has until 28th February to be summoned.

The outgoing bodies and officers will remain in office as interim officers until the new officers are installed and take up their new offices and new bodies are constituted and begin their work – but not before 1st January 2015.

The November 2014 meeting of the Reformed Church in Hungary Synod marks the end of the 13th Synod cycle. The Church is in the process of nominating and electing new leadership from the local level up through the Synod, the RCH's highest decision-making body.