In March, Kalunba Social Services Ltd., the implementing partner of the RCH, sent two young volunteers to an Erasmus+ training with Gruppo Umana Solidarietà in Lecce, Italy. For two weeks, participants shadowed social workers in the region, transferring good practices, approaches and working methods, focusing, not only on the importance of integration and networking, but also on the importance of working in a team and in close cooperation with relevant stakeholders.

From March 4-17, Gruppo Umana Solidarietà (GUS) in Lecce, Italy hosted Cross the Borders, an Erasmus+ training project. This was the third Cross the Borders training in a series of trainings that began in Budapest, Hungary, and the second was held in Thessaloniki, Greece.

GUS works in support of migrants and refugees promoting human rights and multicultural integration. Following the system of the System for the Protection of Asylum Seekers* and Refugees (SPRAR), GUS focuses on welcoming in a tangible way: economic, social and cultural inclusion, including access to housing, training and employment, participation in civil life, and knowledge of the language and culture of the host country. With the aim to in (re)gaining independence, the local projects of GUS get involved in a series of activities to encourage socio-economic inclusion.

The training in Lecce focused on introducing the local projects of GUS in support of refugees as they integrate into life in Italy, providing them with the tools necessary to become fully independent and active members in society. For two weeks, three young adults, including two volunteers from Kalunba Social Services Ltd., attended the training in Lecce. Participants followed the multifaceted work of the case workers in Melendugno, Alezio, and Uggiano La Chiesa.

GUS is engaged in the planning, coordination and management of integrated interventions aimed to the protection, reception, and integration of foreign citizens, refugees and asylum seekers*, single women (with children), people in situations of particular vulnerability, victims of torture and trafficking, and in general, all people fleeing their country because of war, persecution, and humanitarian crises.

*Due to a change in the legal system, SPRAR no longer aids asylum seekers. 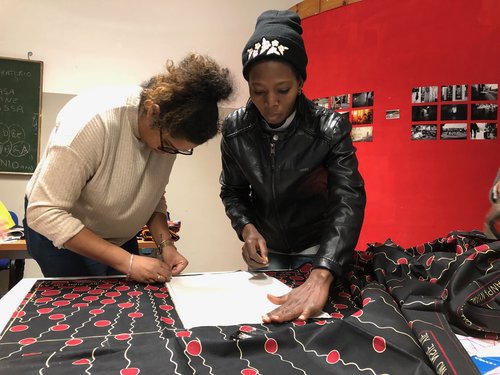 The first week was spent with the case workers in Melendugno, the largest project in the province of Lecce. The participants in the training shadowed the multidisciplinary staff as they carried out their daily jobs in the areas of legal, health, administrative, linguistic, and social integration/networking. In addition, the participants were able to take part in a tailoring workshop. All products made during the week were sold at a market that Saturday. 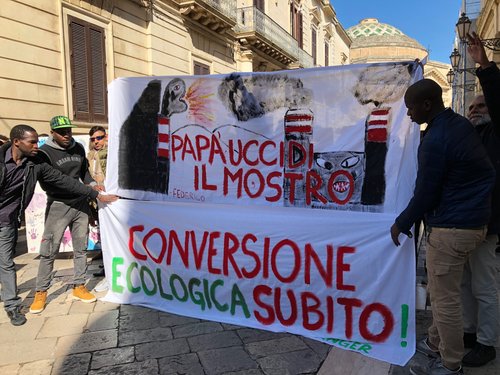 For the second week, the participants were split and assigned to separate projects, Melendugno, Alezio, and Uggiano La Chiesa for a more personalized view of the different projects. In addition to providing various personal services, GUS invites their beneficiaries to take part in various activities in the community. On March 15, the participants joined GUS staff, GUS beneficiaries, hundreds of students in Lecce, and millions in the world for the Global Climate Strike for Future in the streets of the historical old city of Lecce.

One of the biggest environmental challenges for local Italians is the construction of the Trans Adriatic Pipeline (TAP). TAP is a pipeline project to transport natural gas, starting from Greece via Albania and the Adriatic Sea to Italy and further to Western Europe. In Italy, TAP requires construction of a gas terminal in a historical olive grove in the countryside near the Melendugno. The site presents some century-old olive trees which are to be explanted and transferred to an alternative location in an operation that cannot guarantee the trees’ survival. 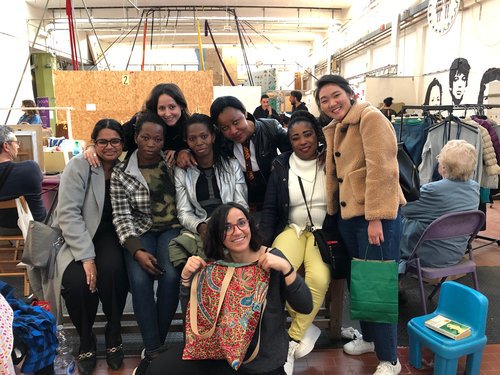 For two weeks, two young volunteers of Kalunba Social Services Ltd. participated in the training in Lecce, Italy. They not only learned of the situation in Italy and the practices of the local projects, but also shared their knowledge of the situation in Hungary and experiences working with Kalunba.